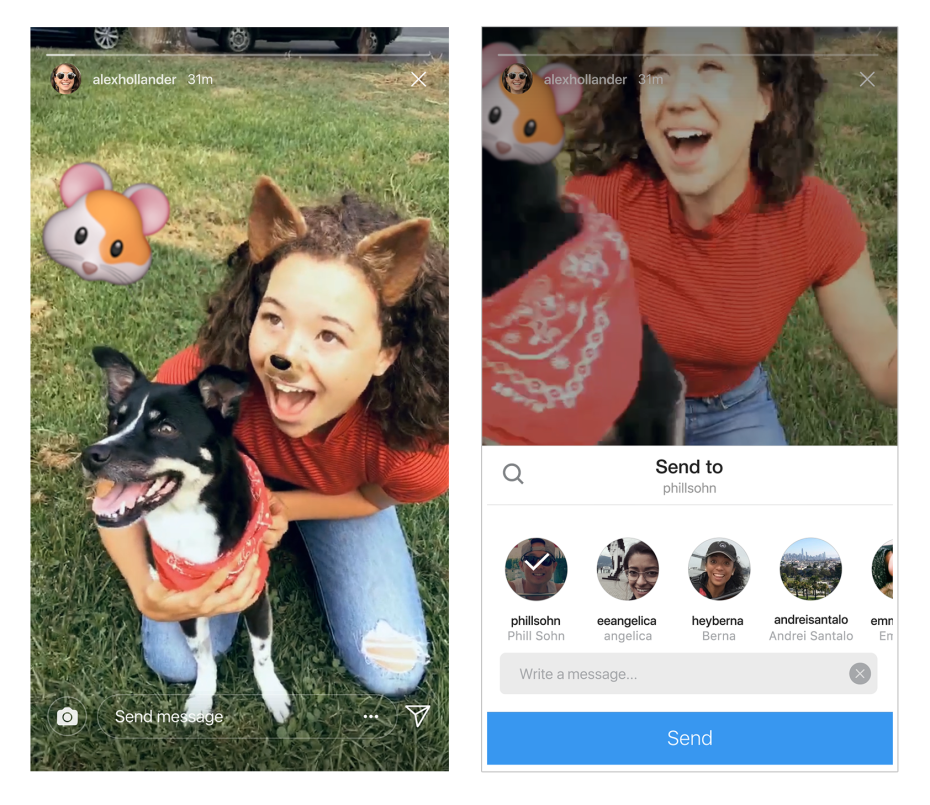 Instagram is now giving you the ability to share Stories — your own and those made by others — in direct messages. The feature is gradually rolling out globally on Android and iOS over the coming days, according to an Instagram blog post.

The direct message icon will now appear whenever you watch a Story. To share a Story, touch the direct icon in the bottom right corner of the screen, pick a friend or group to share it with, and press send.

Don’t expect to get spammed with Stories just yet: Group messages can only be sent to up to 15 people, and like all other Stories, those that land in your DM box expire 24 hours after they were created.

Sending Stories in direct messages makes Instagram even more like Snapchat, which also allows you to broadcast a Story or send it directly to friends.

Stories have quickly grown to become a central part of the Instagram experience.

For a bit of perspective, Instagram launched Stories in August 2016, and by last spring the feature already had tens of millions more users than Snapchat.

More than 250 million Instagram users make Stories daily, Facebook announced during second quarter earnings in July. The option to send them in DMs could help grow this number even more.

Continue Reading
Advertisement
You may also like...
Related Topics:Instagram, Stories