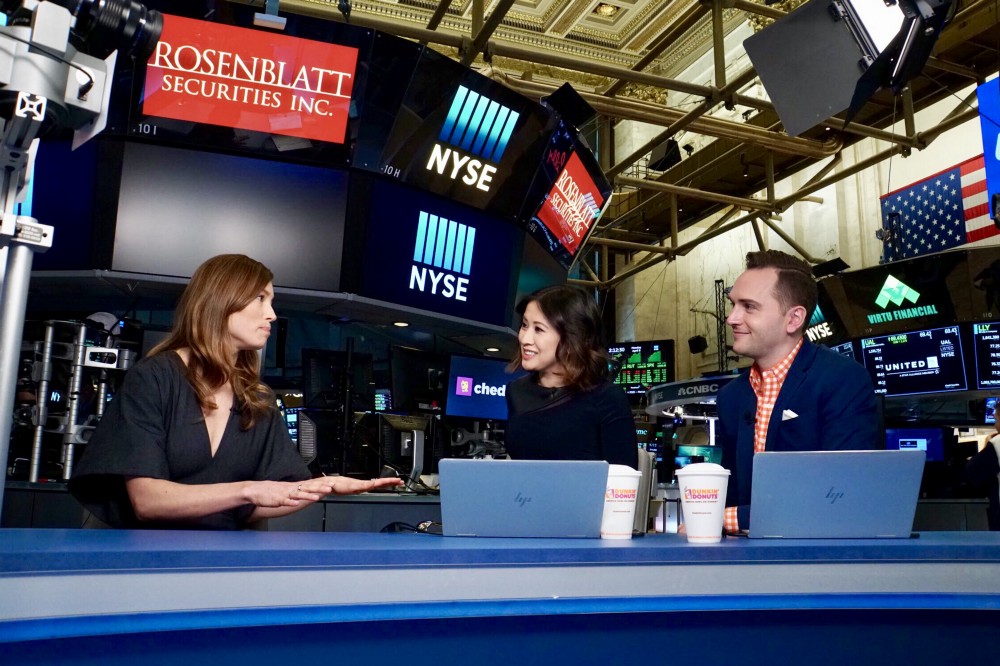 Cheddar, the leading live post-cable network, and premium streaming service Hulu today announced a distribution agreement that will bring Cheddar’s live linear network, exclusive morning and afternoon news briefs, and key highlights and select Cheddar Originals to Hulu. In addition to live and on-demand programming being made available on Hulu with Live TV plan, a library of content and exclusive daily news briefs will be available through Hulu’s on-demand service. The channel will launch later this month.

According to Market Strategies International’s Cogent Reports, 1 in 5 millennials 18–24 know Cheddar (15% of 18–34). Cheddar viewers are decades younger than the average age of viewers of traditional news networks, with a median annual household income of $137,000. Hulu viewers have a median age of 31, about 25 years younger than the average broadcast TV viewers, and a median annual household income of $92,000.

“Both Hulu and Cheddar are reinventing TV. We are thrilled to partner with Hulu and to bring our news to its 17 million subscribers. It’s amazing that anyone planning to watch season 2 of The Handmaid’s Tale, catching up on Atlanta, watching some Rick and Morty, or enjoying the NBA playoffs can tune to Cheddar for tech and business news, live or on demand, and on any Hulu-supported devices,” said Jon Steinberg, Founder and CEO of Cheddar.

Hulu offers subscribers instant access to stream more than 75,000 episodes of hit television and award-winning Hulu Original Series — more than twice the number of episodes available on any other leading streaming services. For $39.99 per month, the Hulu with Live TV plan also includes live and on-demand programming from more than 50 of the top news, sports and entertainment channels, making it a complete television experience.

“Our live TV viewers watched more than 24 million hours of news in the first quarter of 2018, so clearly they are hungry for news content,” said Tim Connolly, SVP, Head of Partnerships and Distribution at Hulu. “We’re happy to partner with a post-cable millennial-focused network like Cheddar to pack even more value into our live offering and give our younger viewers access to a greater, more diverse selection of live news options.”

Continue Reading
Advertisement
You may also like...
Related Topics:Cheddar, Hulu with Live TV