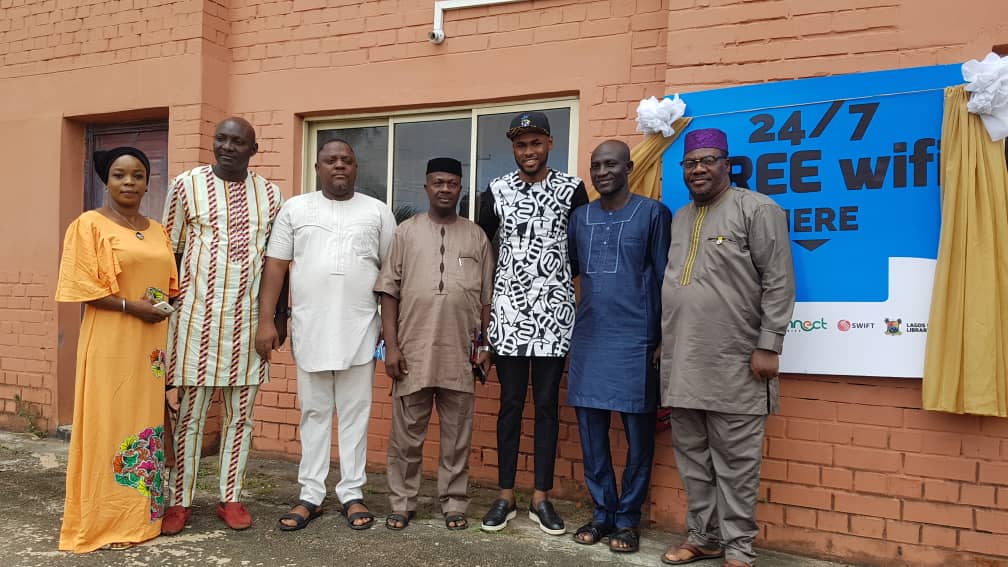 Symphony of Praise (SOP) Initiative through her Special Charity Project team, ‘ConnectCharity ‘ has, provided 24 hours WiFi to residents of Amuwo Odofin and users of the Borno House Library situated in the Mile 2 Estate.

The WiFi was presented to the Amuwo-Odofin Public Library on May 17, 2019 in Lagos in commemoration of the ‘World Internet Day’.

According to President of the NGO, Seun Ayeni, the idea was introduced at their end of the year community carol programme of 2018.

“For us, it is about academics. We thought about the fact that children don’t like to read again, you know the popular saying: ‘Readers become leaders’.

“We thought that may be people don’t like to read physical books that much, so we thought spicing it up to make studying easy on the internet may encourage young people in Amuwo-Odofin to fall in love with studying again, hence the need for free access to the internet. Of course, the best place to locate the WiFi would be at the public library, where it can draw some traffic and prospective readers. Now, we have a library that is filled with books and also has internet access”

On how they were able to get the support of the residents, Ayeni noted that they have built trust with the community over the years.

“We have built trust over the years, people of the Amuwo odofin community know us now, because we have embarked on a lot of community projects and have delivered. We simply called for funds, people donated money and we were able to raise a little around #100,000. What we had  budgeted was #250,000 so we had to put in our own funds to make sure it’s a success”

Ayeni also gave clear details on how the project will be sustained.

“The WiFi is opened to anybody that comes close to 50 metres circumference of the library.

I will advise Amuwo Odofin residents not just to use it as a play tool. This is just giving it to you for free so that you are empowered. Explore the possibilities of what you can do with it”.

One of the members of the SOP Initiative’s Board of Trustees and a resident, Peter Adewumi who spoke to the press, said he was filled with joy because of the installation of the free WiFi which will go a long way in empowering the youths and businesses in Amuwo Odofin.

The public presentation had in attendance representative of the Amuwo Odofin Local Government including the Chief of Staff – Hon. Ji

and the SLG – Hon. Seyi Ipinlaye, Director, Lagos State Library Board – Mr. A. A. Oyadipe, amongst others.

OnePlus 7 Pro: Everything you need to know!
Twitch acquires Bebo for US$25M
Advertisement