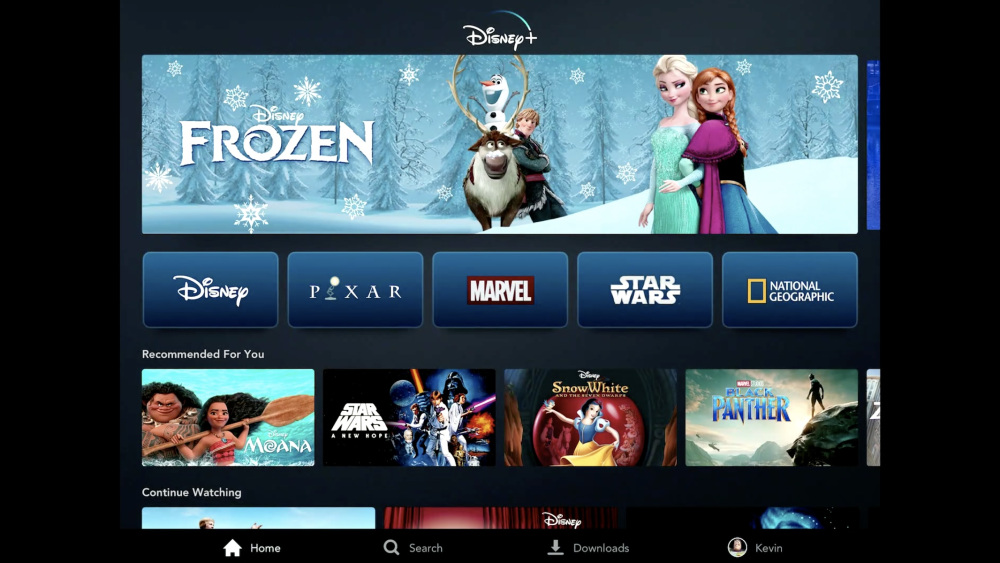 Speaking on Disney’s Q1 2020 earnings call, CEO Bob Iger attributed Disney+’s success to “our incredible portfolio of great brands, the outstanding content from our creative engines and a robust technology platform,” adding that “the launch of Disney+ has been enormously successful exceeding even our greatest expectations.”

Of those subscribers, Iger said that “about 20%” came from Verizon, with the US mobile operator offering the service as a free bundled bonus for premium subscribers. Approximately half of the subscriptions came directly through Disneyplus.com.

In terms of pricing, Iger said that making any adjustments is “not a priority of ours right now,” but said that “we believed all along that we would have an opportunity to address pricing as we added more content, really original content, and the price-value relationship went up to the consumer.” ARPU for the US$6.99 Disney+ was at US$5.56.

Though the company has sporadically announced milestones – such as the initial 10 million sign ups within 24 hours – Iger added that “going forward, it’s our intention to announce subs, as of the end of the quarter that we’re reporting on.”

The CEO also noted that “both conversion from free to pay and churn rates were better than we expected.”

With subscriber numbers exceeding even Disney’s highest expectations, and with further territories still to receive the service, the company is on course to comfortably exceed its target of 60-90 million by 2024.

However, Iger was hesitant to announce any adjusted targets. “It’s far too early for us after, basically, a quarter and a little bit more under our belt to change our guidance, having not launched in any of the big international markets yet,” he said. “[This is] not in any way [to] pour cold water on them, because we know that those brands are strong in the markets, and this product is already working.”

He added: “I can’t say that we won’t change [the guidance] at some point, but we don’t believe that it would be prudent for us to adjust it at this point, and we have a long way to go.”

Iger took the call to lay out further expansion plans for the platform that launched on November 12 in the US, Canada and the Netherlands. Along with the previously announced Western Europe launch for March 24, Iger said that Disney+ will launch in India through Hotstar on March 29, with the service’s Hotstar VIP and Premium subscription tiers being rebranded as ‘Disney+ Hotstar’.

Of India, Iger said: “We see this as a great opportunity to use the proven platform of Hotstar to launch the new Disney Plus service in one of the most populous countries and fastest-growing economies in the world.”

In terms of Europe, further markets “including Belgium, the Nordics and Portugal, will follow this summer”, while Iger said that “we’re currently in talks with several other potential distribution partners throughout the region” in addition to the already announced deal in France with Canal+.

The positive results for Disney+ also translated to Disney’s two other US OTT services, Hulu and ESPN+. Year-over-year, Hulu increased by 29% to 27.2 million from 21.1 million, while sports streamer ESPN+ grew by over 100% from 1.4 million to 6.6 million. Both services have been buoyed by the bundle of these two services and Disney+ for US$12.99, with Iger noting that this offer “was very helpful in terms of lowering churn rates.”

Continue Reading
Advertisement
You may also like...
Related Topics:Disney

How to watch Super Bowl LIV in the United States in 4K HDR
Here Are 4 Reasons Why Should Check Out ‘E.V.E’ – Nigeria’s Answer To ‘Suits’
Advertisement