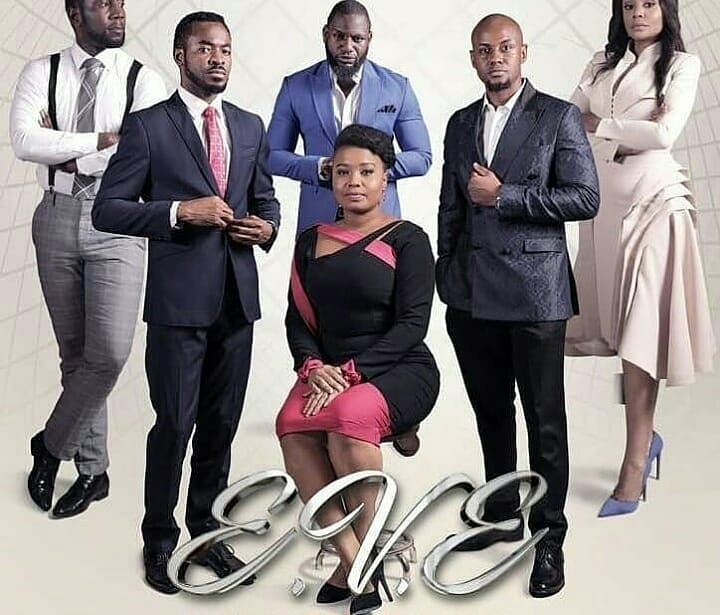 If you enjoy international legal series like ‘Suits’ and ‘The Good Fight’ (both showing on Showmax), and you’ve wanted something similar in a Nigerian setting, then ‘E.V.E’ checks the boxes.

The show centres around Ezinne Veronice Ezenwa (E.V.E), a young, idealistic lawyer at a top Lagos law firm, Eagle Crest, as she navigates her way through office politics and chaotic personal life. Through her we get a glimpse into the often complicated Nigerian legal system as well as the overall political landscape.

‘E.V.E’ premiered on Africa Magic in 2018 and currently has 2 seasons streaming on Showmax.

As we usher in the weekend, here are 4 reasons why ‘E.V.E’ should make your bingelist.

1. The acting is great

‘E.V.E’ boasts a star-studded cast that includes Nollywood veteran Gloria Anozie Young who is very able as Ezinne’s mother. With a penchant for bursting into theatrics at the slightest hint of good or bad news, Mama Ugo is your average Nigerian mother.

Nollywood newbie Ebenezer Eno, who plays Ezinne, also delivers as the protagonist of the show; a foreign-trained lawyer and only daughter of the Ezenwa family.

Some other standout performances include Michelle Dede, who plays Mrs Kemi Adebayo, Head of Chambers at Eagle Crest; Lord Frank who is the Principal Partner of Eagle Crest; and Jimmy Odukoya, who plays Ezinne’s ex-footballer older brother, Ugo.

2. The storylines are relatable

As the show kicks off, we’re introduced to Ezinne, who seems to get the short end of the stick at work despite her best efforts. On the personal front, her hectic work schedule puts her on a constant collision course with her boyfriend, while her family never seem to run out of demands of her.

From office politics to Ezinne’s topsy turvy relationship with her boyfriend and her family drama, ‘E.V.E’ is filled with moments that the average Nigerian will be able to connect with.

Unlike many other African Magic series, which largely run under 30 minutes, ‘E.V.E’ has a running time of 42 – 52 minutes. With 2 seasons consisting of 40 episodes in total, there’s a considerable amount of content to binge on all weekend.

4. It’s from the brains behind popular shows like ‘Hush’ and ‘Hotel Majestic’

‘E.V.E’ not only boasts of an ensemble cast, but a talented crew. ‘E.VE.’s head writer and co-director, Victor Sanchez Aghahowa, served as showrunner and director for ‘Hush’ (a 2017 AMVCA nominee for Best Drama) and as writer/director for ‘Hotel Majestic’ and ‘Jemeji’, to name a few. Other notable names behind the camera are Dami Elebe, who wrote hit shows like ‘Skinny Girl In Transit’ and ‘Jemeji’, and Bunmi Ajakaiye, who directed the hit movie, ‘My Wife And I’.

Disney+ hits 28.6 million subscribers in less than six months
Here is a full list of all your #AMVCA7 Nominees
Advertisement