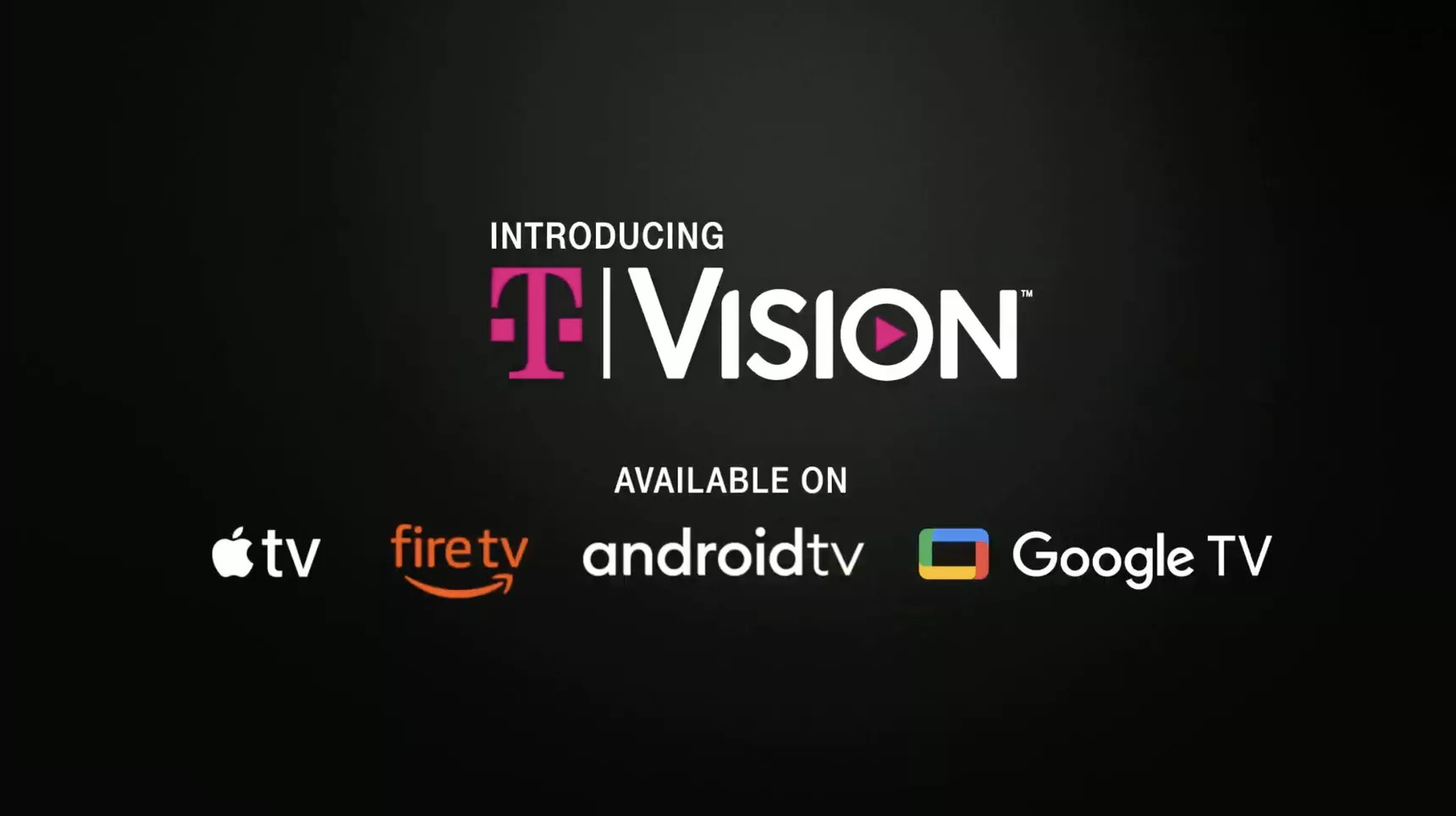 Launching November 1, TVision is a cord-cutting OTT service akin to the likes of YouTube TV, Hulu + Live TV and AT&T TV that offers a range of live channels and a cloud DVR.

The selling point of T-Mobile’s offer is a base price point US$40 for the standard TVision Live tier which includes over 30 channels like ABC, NBC and Fox, along with a range of news and sports channels. Tiers are added in US$10 increments which add additional channels, though all include a 100-hour cloud DVR and support for up to three concurrent streams.

In addition to the broader TVision Live, the operator is offering the US$10 per month TVision Vibe which includes over 30 channels from AMC, Discovery and ViacomCBS including AMC, BBC America and Comedy Central (though not the core CBS channel).

This offer is a bit more restrictive in that it only supports two concurrent streams and DVR access is an additional US$5 per month, though it still represents one of the cheapest live TV packages in the US.

To describe the service in the language of T-Mobile’s press release, TVision allows users to “cut the cord, cut the cost and cut the crap.”

The service will be available via Apple, Amazon and Android devices, with T-Mobile offering a TVision branded custom Android TV streaming stick for US$50. Notably absent from the list of supported devices is Roku, which is seemingly becoming a trend following lack of support for the brand from NBCUniversal and WarnerMedia when they launched their respective SVODs.

T-Mobile is also launching its own channels portal to rival similar services from Roku, Amazon and Apple. At launch, TVision Channels will offer standalone subscriptions to Starz, Showtime and Epix, with T-Mobile presumably taking a competitive amount of the monthly fee.

Apple Music TV goes live in the U.S.
The Best of Nigeria: Here’s what to look out for on Showmax in November
Advertisement