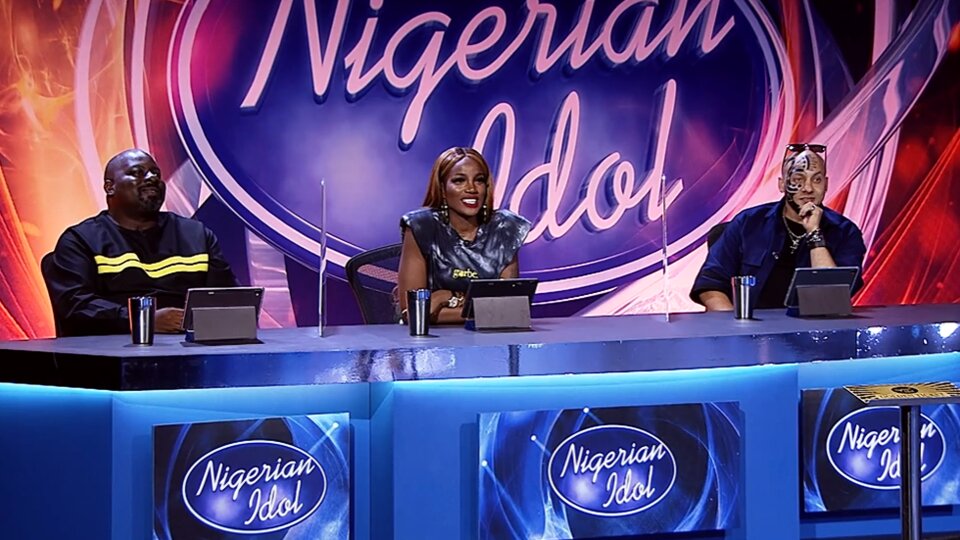 The last few weeks have seen several batches of contestants vying for a shot at a music career on AfricaMagic’s Nigerian Idol.

Between hilarious performances from some of the contestants and the judges’ reactions, there’s been a good dose of humour and some moving moments on the show.

17-year old Mayowa started out amusing the judges with his vocal prepping technique before going on to perform. But it wasn’t long before Seyi Shay was completely in stitches, saying, “I’m laughing at them (judges) and I’m laughing because I can’t believe what I just heard. That didn’t sound good.”

She continued saying “I love you. You’re so sweet but you’re not a singer. But there’s songwriting; hit me up, we’ll talk. But that singing thing is not going to work.” The exchange attracted a lot of feedback on Twitter, with some siding with Seyi Shay, and others criticising her approach.

“We like playing the typical Naija pity card. I watched that guy’s performance and I don’t think what Seyi Shay said is outta place. It’s #NigerianIdol not some Christmas Carol audition. Mayowa needs an unbiased feedback to pursue his passion. Musical skills can be learned.”

“If you want to be honest, you’d know that the major problem with what she said was telling the boy that he’d never make money off music. Everything is wrong with that particular statement.”

2. When DJ Sose walked out

DJ Sose might be the cool judge, but he wasn’t having it with Chigozie’s rendition of Jessie J’s Flashlight, as he cut him off halfway through the first verse.

But things took an interesting turn when Chigozie insisted on doing another song, after some back and forth with Seyi Shay. After Seyi Shay agreed to allow Chigozie to perform another song, DJ Sose got up to leave, saying it’s either him or me. However, despite his fight, Chigozie was still not able to land the elusive Golden Ticket.

3. When Celine Dion’s ‘My Heart Will Go On’ got a remix

Janet gave viewers a different feel of Celine Dion’s hit single, My Heart Will Go On, after she changed the lyrics to a worship song. While Seyi Shay commended her efforts at songwriting, she found her performing skills wanting. “I like the fact that you changed the lyrics to your own lyrics and it’s a nice worship song that’s pretty but actual performance skills? I’m not sure.”

4. When Beyonce wowed the judges

It’s not every day we encounter someone named Beyonce, and 16-year old Beyonce Ajomiwe had the judges curious as she strolled into the audition room. She however had them completely won over with her rendition of Olivia Newton-John’s ‘Hopelessly Devoted to You’ from the hit musical, Grease with DJ Sose remarking “You’re a natural”.

Richard Omobolaji, aka Emmanuelai, had judges bemused when he shared a vocal warming technique he claims to have developed. When quizzed by Seyi Shay on this technique, he shared that it helps with the tightness of the throat. His technique however didn’t land him a Golden Ticket, as his rendition of Bob Marley’s Redemption Song was a miss with the judges. While giving her comment on the performance, Seyi Shay said, “I think you need to find a different warmup technique: that whole song sounded like you were warming up.”

6. When DJ Sose went under the table

Ivan Elelelewor might have been looking to impress the judges with his rendition of Aerosmith’s I Don’t Want to Miss a Thing but left audiences amused instead as DJ Sose went under the table midway through his auditioning. When he eventually emerged from under the table, he swiftly cut Ivan off, saying, “I’m sorry: I don’t think Nigerian Idol is where you’re going.”

There was a fangirl moment when Damilola Okeduai walked into the audition room beaming smiles at Seyi Shay. However, her love for the award-winning singer/songwriter didn’t get her anywhere as her rendition of Who’s Loving You by Jackson 5 fell short with the judges. Damilola, who thought DJ Sose’s initial “interesting” comment on her singing was a positive remark, was in for a rude shock as Seyi Shay described her singing as “flat.”

Right from the start of the show, it was clear that Seyi Shay was the judge to please as she took no prisoners. So it was with great surprise viewers watched as she gave a standing ovation to Joshua Christian, who did a cover of DJ Neptune’s hit single Nobody, accompanied by a guitar. “That’s the first time I’ve ever stood up,” she remarked as she applauded.

9. When all the judges walked out of the audition room

Onyinyechi Okereafor will probably go down in Nigeria Idol history as the first contestant to have all three judges walk out of an audition room. Things started out pleasantly enough as the judges complimented her looks. However, things took a teary turn after the judges informed her that she won’t be moving to the next stage. “The truth is you don’t really have a strong voice,” Seyi Shay remarked before giving her ‘No’ verdict.

But Onyinyechi was not having any of it, pleading with the judges. She asked for another chance, revealing that she quit her job to be at the audition. Her insistence didn’t sit well with the judges, who eventually walked off, starting with Seyi Shay saying, “This is breaking my heart; I’m sorry, I can’t do this.” Soon enough she was followed by DJ Sose and finally Obi Asika.

The judges and audiences alike were shocked when Chris Daniels whipped out his phone to make a “call” at the start of his audition. Saying, “John, please give the phone over to mama please,” Chris went on to sing to “mama” on the other end of the line, much to the amusement of the judges. In the end, it was a no from all three judges, with DJ Sose saying, “Thank you very much. We’re not looking for comedians; we’re looking for singers.”