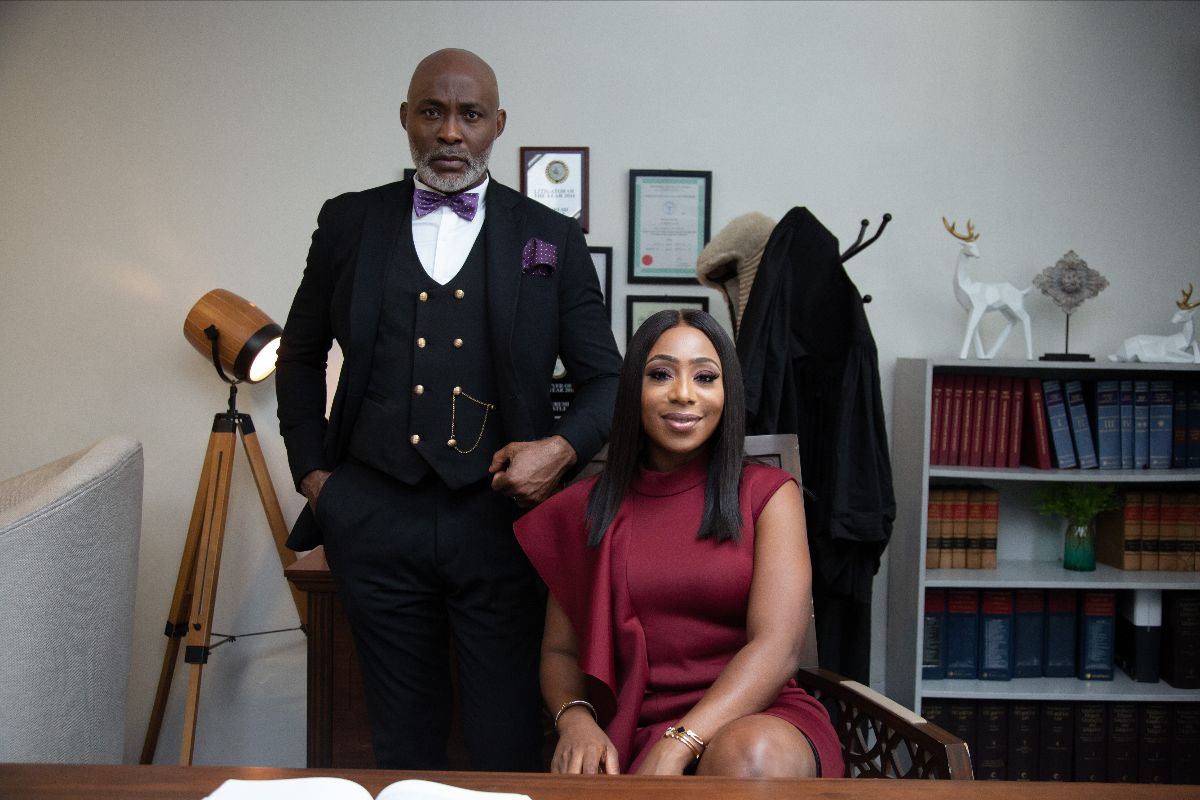 We can hardly wait! Three years after we aired the first season, the highly anticipated second season of EbonyLife studios’ Castle & Castle is coming exclusively to Netflix on 15th September 2021.

No stranger to the EbonyLife family, we are especially excited to announce the inclusion of Ikechukwu Onunaku, who said “I am so excited to be part of the Castle & Castle family! I’ve always been a fan of the show and now I’ve had the privilege of being added to the cast. My character (Tesiro George) is a no holds barred type of person who comes from a position of power and doesn’t hesitate to go after what he wants.”

Growing new talent has always been part of the EbonyLife Media fabric, and we are so pleased to include the following new rising stars to the show, Sonia Irabor, Anthonieta Kalunta and Ebisan Arayi.

What is in store for Castle & Castle Season 2?

It has been six months since Remi and Tega Castle went up against each other in a court of law for the very first time. A case that has divided the loyalties in the firm and has separated Lagos’s most admirable couple. Their son, Ben has returned to Law School to normalise his UK-earned law degree in Nigeria with his parents hardly on speaking terms.

In the wake of the victory, Castle & Castle’s prestige has surged and the company has moved to a new office and is flush with new clients. But it’s a hollow victory for Remi, who finds herself alone at the helm.

Tega has been suspended for some months from practicing law and ostracized, he is back at university, teaching.  Life has taken Tega full circle to precisely where he and Remi met under scandalous circumstances some 20-years ago.

Will the couple be able to forgive each other for choosing different sides of the law or will their resentment towards each other destroy that which they built on love?

Speaking on the return of Castle & Castle, Mo Abudu, EbonyLife says, “We are tremendously excited about bringing audiences the sequel to Africa’s first legal drama series, Castle & Castle, along with our partners, Netflix. Fans were riveted by Season 1, with a lot of talkability on social media, and we responded to their desire to see more. Castle & Castle Season 2 is a very sexy series and promises to deliver on high drama and some very unexpected twists and turns. Netflix really supports the African content industry, and I am absolutely delighted to be partnering with the streaming giant on another release.”