According to YouTube’s official blog the YouTube Music Awards will be an “event honouring the artists and songs that you have turned into hits over the past year”.

Lady Gaga, Eminem and Arcade Fire, among others, will perform at the event in New York on 3 November.

Nominations will be chosen based on videos that have been watched and shared over the past year.

Users will then be asked to choose winners by sharing the nominees across social media.

The ceremony will be streamed live online with nominees for the awards being announced on 17 October. 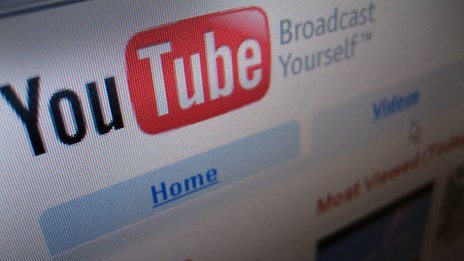 In the days leading up to the event, nominees will share official music videos, covers, parodies, concerts, interviews and fan videos.

On the night itself artists and some of YouTube’s most popular contributors, including Lindsey Stirling and Cdza, will take part in performances and musical collaborations around the world.

Shows will take place in Seoul, Moscow, London and Rio de Janeiro as well as the live event in New York.

The YouTube Music Awards will be hosted by American actor Jason Schwartzman.

Spike Jones, who directed Where The Wild Things Are as well as videos and documentaries for The Chemical Brothers and Bjork, will be the creative director of the event.