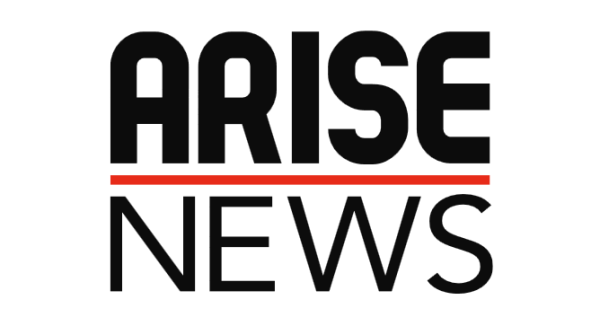 Buoyed by its successful launch in the international scene, ARISE NEWS worms its way to the hearts of Africa’s teeming satellite television viewers through DStv and GOtv.

“We are glad to welcome ARISE NEWS to our bouquet of news channels on both DStv and GOtv,” announced Managing Director, MultiChoice, John Ugbe.

“We have demonstrated over the years our support of ‘Africanness’. And what better way to prove this than to celebrate as ARISE NEWS comes home to Africa through our network. We have no doubt that uptake will be immediate, owing to its success across countries and continents for their immediacy in breaking news about world events,” Ugbe added.

ARISE NEWS, which preens itself on providing real time international news and entertainment to global audiences, 24 hours a day, seven days a week across all platforms and celebrates diverse communities in all continents including all that is African and Afropolitan, will be on DStv channel 416 and GOtv channel 44, respectively.

Both DStv and GOtv offer bouquets of top-of-the-range local and international channels, including first-run films, documentaries, children’s programming as well as news and sports. Through them, MultiChoice has a presence in over 50 countries in the African continent as well as in the adjacent Indian Ocean islands. This is being supported with more than two-decade long world-class subscriber management services.

MultiChoice Africa provides its digital satellite television service, DStv, to subscribers’ homes from two different satellites, namely: the Intelsat 20 (“IS 20”) Ku BAND and Eutelsat 36B (used to be called W7) Ku Band. The GOtv offering is on a DTT (DVB-T2) network which was established in 2011 and currently covers nine countries. This low-cost mass market offering provides great family entertainment at a price everyone can afford.

“Today ARISE NEWS comes home to Africa by launching for the first time on African platforms following on its very successful launch in over 80 countries and territories including the United Kingdom, West, East and Central Europe, Middle East, North Africa and the United States telling the stories and experiences of underserved communities especially of the African continent while covering issues of the day and world events that matter,” enthused the Chairman and Editor-in-chief of ARISE NEWS Nduka Obaigbena.

Shortly before the launch of the news channel about two years ago, Obaigbena had hoped that it “will attract a global audience interested in emerging markets, developing countries and evolving politics. With headquarters and bureaux throughout Africa, Asia, Europe and the Americas, we are ready to speak to our audience and give them a voice as well.

“We are a new international network established to reflect the new world order not hardwired to the old and built to reflect the modern way news is consumed,” he had added. “Nowhere is this more important than in the emerging economies. There will be no state funding and no state agenda. Our coverage will be balanced, comprehensive and completely independent. Our efforts will concentrate on robust journalism anchored on imperatives of the marketplace.”

Obaigbena also publishes of the global glossy style, fashion and culture magazine, ARISE, and several other titles, including one of Nigeria’s biggest and most influential daily newspapers, THISDAY.

ARISE NEWS was enthusiastically welcomed at the World Economic Forum at Davos, Switzerland, that year by senior politicians and business leaders around the globe. Among them was former UK Prime Minister Gordon Brown, who said ARISE NEWS would give a boost to young people living in Africa. “The future is in the hands of young Africans themselves,” he said. “The more channels like yours that can make young people proud of Africa, the more we’ll see young people seizing the opportunity.”

Executive Deputy Chairman of the Mail and Guardian Media Group in South Africa, Trevor Ncube, had described ARISE NEWS as “the fulfilment of a dream we’ve had for some time. Unless we begin to tell our own story we’ll continue to complain about the perceptions held about Africa in different parts of the world.”
Also speaking at that event, African oil baron, Adewale Tinubu said: “I think it’s wonderful that ARISE NEWS is launching. It’s a first class step in the right direction and a logical progression from THISDAY newspaper and ARISE magazine.”

Now, with the news channel’s arrival on the African scene, its much hoped-for “African footprint” has become a reality.

This week on DStv BoxOffice: Magic in the Moonlight, The November Man and more…
VIDEO: YUNG L – SHOOGA
Advertisement