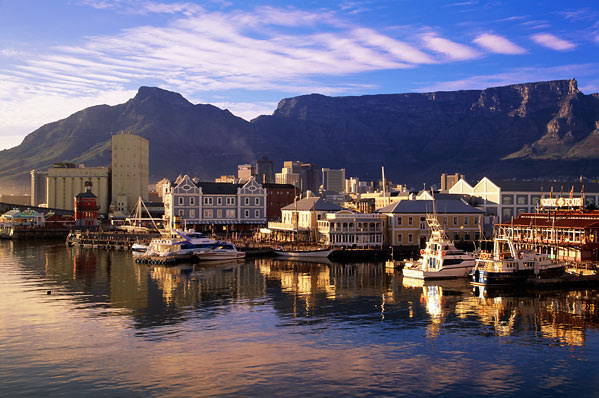 Thinking of travelling across the beautiful African continent? Africa is home to some of the richest countries in the world, in part due to its oil-rich soil and human capital. With GDPs going up as high as $595.7 Billion, it’s easy to see why this is so. Surprisingly, Nigeria didn’t make it as number 1 even though it is still in the top 5.

This might have something to do with the falling oil prices and the weak exchange rate. We recall that the Managing Director of online hotel booking platform Jovago, Marek Zmyslowski, at the 3rd EU-Nigeria Business Forum which held last year stated that online businesses have contributed to the growth of the Nigerian economy. As Zmyslowski noted, “Agriculture and Oil used to be the leading sources of the Nigerian economy, but with the rebased GDP it was shown that these two industries together only account for 37.9% of the Nigerian economy.

A bigger percentage of 51% was allocated to services of which online businesses like Jovago.com play a big part of.” He went on to say that “the rebasing of the GDP merely reinforced the fact that Nigeria is the biggest economy in Africa, a fact which has been long evident from Nigeria’s booming economy” Nigeria’s GDP might have been rebased, but their position as the ‘Giant of Africa’ is currently on shaky ground

Jovago.com has put together a list of the top 10 richest countries in Africa, from the big to the small, from the ancient to the newly found. Visit one of these countries if you want to be spoiled and thrilled.

GDP: $595.7 billion
South Africa is popularly known for its mineral resources such as gold and diamond but the Gold Rush ended way back in the 19th century. There are more things to look forward to in South Africa besides its shiny jewels. Major cities like Johannesburg and Cape Town offer a unique experience that can take you from raving nights out in the town to calm mountain ranges by the ocean.

GDP: $551.4 billion
Sandwiched between Africa and Asia, much of Egypt’s population lies on the banks of the famous Nile Valley. Egypt is known as a cradle of civilization with evidence of human technological advancement obvious from its numerous temples, Pyramids and famous monuments such as the Great Sphinx. Egypt has gathered wealth from as far back as 3200 BC and much of this can be seen in the major cities like Cairo.

GDP: $478.5 billion
The most populous country in Africa is a major contender on this list, its manufacturing sector being the third largest in Africa while it contributes a considerable share of the world’s oil. Taking into account this country’s population of 170 million, Nigeria is on track to becoming one of the 20 largest economies in the world by 2020. This can be seen in cities like Lagos where the city skyline is composed of tall buildings owned by big multinational corporations.

GDP: $284.7 billion
Oil and gas exports have placed Algeria on this list. Much of its wealth is gotten from oil deposits deep within the North African soil. Also rich in natural minerals, it is suggested that the ancient Romans collected stones and marbles from quarries in what is now known as Algeria. You can find onyx, red and white marbles, iron, lead, and zinc in large quantities. It’s capital city, Algiers offers rare beauty in the intricate architecture of its most famous buildings.

GDP: $180 billion
Morocco was named the first most competitive economy in North Africa. Tourism, telecoms, textiles and agriculture are Morocco’s biggest cash cows. When next you visit Marrakech, Casablanca or Rabat, be sure to take desert rides, call your friends at home, buy a pair of Babouches and tour the marketplace for something fresh and local.

GDP: $131.8 billion
Angola may not have come to mind as one of the top 10 richest countries in Africa but surprisingly, it has a large deposit of oil and gas resources, diamonds, and bountiful agricultural land. Still recovering from the 27-year civil war that lasted from 1975-2002, Angola has made efforts to revive its economy with heavy oil and agricultural exports. Cities like Luanda are undergoing major reconstruction to make Angola a top African destination.

GDP: $118.2 billion
As one of the fastest growing economies in the world, Ethiopia has had to contend with the rising number of able youths eager to work. The Ethiopian economy depends largely on agriculture so if you’ve got an Ethiopian cousin, he’s most likely learning the tools of the farming trade, although you wouldn’t find such people in the country’s capital, Addis Ababa. Most young people in Addis Ababa are into telecommunications and the financial industry, spending their free time sipping local coffee and touring the magnificent buildings.

GDP: $108.4 billion
Oil, tourism and car manufacturing parts are the name of the game in Tunisia. It is one of the wealthiest countries in Africa so you won’t wander too far into its cities like Tunis before finding a pleasant spot to relax. The city is covered with bits of opulence from as far back as the 12th century. Year-round sunshine and the affordable Tunisian lifestyle have drawn tourists here who now call this place home.

GDP: $90.41 billion
Ghana can be tagged as one of the only nations on this list that depend on technological products to live up to its name. Economic industrialization has taken over in cities like Accra and Kumasi with major exports of manufacturing, construction, and digital products and services. It is one of the most economically sound countries in all of Africa, that’s why citizens of nearby countries come to Ghana for business and pleasure.

GDP: $89.97 billion
More than once, we have mentioned oil and gas as the main source of income for countries on this list. Sudan also falls into that category but in a more diverse way. It depends on oil but with a third of its GDP contributed by agriculture. Cotton and peanuts constitute its major agricultural exports. You may not notice a “Made in Sudan” tag on the shirt you buy in Khartoum but cotton from Sudan has fueled the textile industry in many parts of the world.