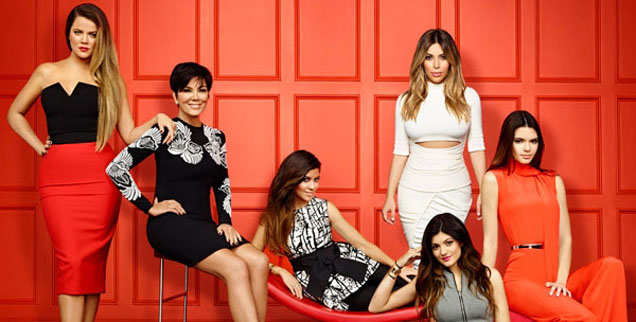 The Kardashians are back! The 10th season of Keeping Up With The Kardashians returns on Sunday March 22nd exclusive to DStv’s E! Entertainment channel 124 at 7pm WAT and airs one week after the US debut episode screened on March 15th.

The famous American family return home to a brand new season on E! after Kim’s fairy-tale dream wedding in Italy to Kanye West culminated in season 9. In the new season, post wedding bliss is juxtaposed with Kim’s pregnancy struggles to conceive a sibling for North West.

This season will also focus on the private lives of her siblings and changes in the family dynamics. Younger sister Kendall’s modelling career starts to soar as she becomes a hit on the catwalks, and we follow Kourtney’s journey through her third pregnancy. It’s not all joy though as “momager” Kris deals with the aftermath of her separation from Bruce and speculation about her new relationship ensues.

Also in the season 10 premiere, Khloe clashes with her sister Kim when the newlywed tries to force her into a wardrobe makeover.

There’s sure to be plenty of drama, glamour, laughter and tears with this family as they meet life’s triumphs and tragedies head-on in their trademark Kardashian style, supporting each other always through the good and the bad.

This exclusive 10th season of Keeping Up with The Kardashians is one not to be missed, only on E! on DStv channel 124 at 7pm WAT.

Continue Reading
Advertisement
You may also like...
Related Topics:DStv, E!, E! Entertainment, GOtv, Keeping up with the Kardashians