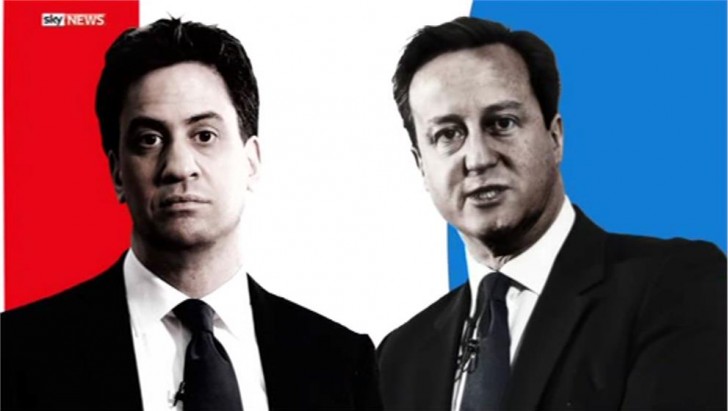 On UK Election night (7th May), Sky News (DStv channel 402) will be live from over 270 declarations. Partnering with Live U, this is the most ambitious and wide ranging results service available and will ensure viewers have the most up to date information as it happens.

Coverage will kick off at 9pm (WAT) in a new specially created studio at Sky News’ Osterley studio. Adam Boulton will present the coverage with Faisal Islam and polling expert Michael Thrasher interpreting the results as they are announced.

The Sky News team will broadcast from key constituencies across the UK with Kay Burley from Witney (David Cameron’s seat), Anna Botting from Sheffield Hallam (Nick Clegg’s constituency),Jeremy Thompson from Ed Miliband’s constituency in Doncaster, and Andrew Wilson from Margate where Nigel Farage will be hoping to gain the Thanet South seat.

Sunrise presenter Eamonn Holmes will be in Sunderland where the first result of the night is expected to be announced.

Sky News presenter Dermot Murnaghan will take the baton from 5am on May 8th broadcasting live from Westminster where Sky News’ coverage will remain until a government is formed.

From this week a daily election special will broadcast at 11.30am (WAT), hosted by Adam Boulton – giving viewers the latest updates from the election campaign. Sky News Tonight will also be broadcast on Sunday nights offering viewers a full wrap up of the weekend’s political developments.

Sky News will also be teaming up with Sky Arts on the evening of the election for a special broadcast, Election Newsroom Live. From 10pm to 8am (WAT) on election night fixed rig cameras within the Sky News studios will offer customers a glimpse behind the scenes on election night at Sky News in real time.

Mark Longhurst will give running commentary of what is happening and Martin Stanford will use a mini camera to present live during the evening.

John Ryley, Head of Sky News, said: “This will be the most exciting campaign and election night for decades. The traditional three party political system has made way for multiple smaller parties who hold the balance of power; the public could not hope for a more nail-biting election.

“Sky News has created compelling and innovative content across all platforms which will give Sky customers all the details they need from the campaign trail and on election night itself. Sky News will offer the latest news and analysis with clarity and speed but with a wealth of in depth digital features that will allow customers to delve deeper into what this election means for the UK.”

Sky News digital users can find all the latest election news, analysis and statistics on a specially created section of the website – skynews.com/election and a dedicated tab on the iPhone and android apps.

On election night Sky News will have the fastest results service ever offered to its digital audiences with 150 livestreams from the key seats that will help decide the election. The key features of the election section include:

– Details on all 650 constituencies with the 2010 results. This will become the Results Centre on the night as results come in from around the UK

– The latest video content from ‘Sky’s Stand Up Be Counted’ campaign, a platform for 16 – 25 year olds to give their views

– ‘Shaker Maker’ a game that will allow users to build governments and coalitions. It will take the latest information from Sky News’s poll of polls and present users with government and coalition scenarios from the latest results each of which are analysed by Faisal Islam

– Live stream pictures from 150 digital cameras on election night in the constituencies that Sky News believes are likely to determine the outcome of the most closely fought election in years.

The Sky News social media team has been expanded to ensure social media followers are kept up to do date with the very latest news and analysis. The team will also ensure any breaking news sourced from social media will also be shared on air and across Sky News’ digital devices.

Skynews.com has also partnered with Vigiglobe, the social media analysis company, to provide digital users with the latest sentiment of the political parties and their leaders over social media. At any time users will be able to access a real time snapshot on how the election campaign is playing out on social media.

Stand Up Be Counted

Sky News’ Stand Up Be Counted campaign, the digital initiative that gives 16-25 year olds a voice ahead of the general election, will be embarking on a tour of key constituencies across the UK on 13th April. The studio will encourage young people in the local area to come and hear more about the campaign, register as a Stand Up and record video for the site. Sky News journalists will also use the studio as a location to interview young people to bring their views to a large audience via all its platforms. There will also be a photo booth where young people can upload their pictures to social media with the hashtag #SUBCTour.