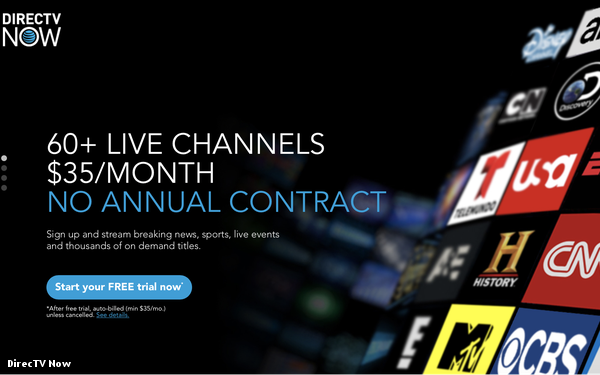 AT&T’s over-the-top streaming video service in the United States, DirecTV Now has passed the one million subscriber mark, the company said Tuesday. The service celebrated its one year anniversary a week ago.

DirecTV Now is one of the largest players in the so-called “skinny bundle” category — offering a bundle of channels, including broadcast and cable channels, to subscribers over an internet-connected device.

Speaking at the UBS Global Media Summit Tuesday, AT&T CFO John Stephens said that about 50% of subscribers to the service were “cord-nevers” or :cord-shavers,” and the other 50% were people that were previously customers of competitors, such as cable companies.

Stephens added that while the margins are not as strong as the traditional satellite TV business, the streaming service has its own set of advantages because it requires no installation on the part of the company.

“We don’t have to send a truck,” he quipped.

AT&T says it plans to offer a cloud DVR service and 4K video to the DirecTV Now service in the coming year.

DirecTV Now and Dish Network’s Sling TV are the largest players in the emerging OTT bundle business. Hulu and YouTube have launched live presuming bundled of their own, while independent companies like fuboTV and Philo target more niche customers. FuboTV targets sports fans with a higher-priced offering, while Philo explicitly avoids channels that carry live sports. Viacom CEO Bob Bakish estimated at the UBS Summit that 20-25% of people have no interest in paying for sports programming.

Speaking at the UBS summit, 21st Century Fox CEO James Murdoch said that the OTT bundle marketplace “will be in growth mode” over the next year, as more players enter the market, and as more emphasis is placed on the user experience of those services.

Murdoch added that right now Fox estimates those streaming bundles combined have around three million subscribers, and that should hit four million by the end of the year.

VIDEO: iPhone X – First Impressions. Is it worth the Price £$?
The 2017 edition of the DStv Eutelsat Star Awards launches with a brand new Facebook page!
Advertisement