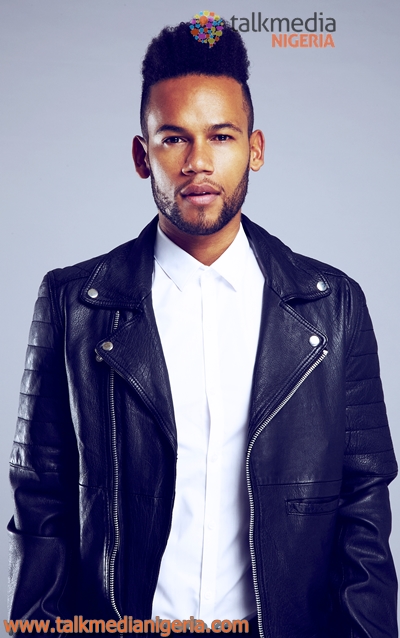 Talented singer/songwriter and recording artist, Chad Saaiman, has been performing professionally for over a decade and has graced stages in Cape Town, London, Spain, Johannesburg and several other big cities around the world.

Having graduated from the University of the Western Cape with a B.A. Degree in English Literature and Communications, Chad is a prolic songwriter who has penned radio singles for some of SA’s biggest artists, including Loyiso Bala, for whom he wrote “Found Love”, as well as 2012 SAMA nominated track, “World of Mine”. Soulful and versatile, Chad’s star continues to rise on the South African music scene. His second album, The Flight, continues to win over a multitude of fans, with chart-topping singles like “Thinking About You” and “Days Go By”. The most notable track off the album is “Untouchable”, which was produced by two-time Grammy award winner, Ron Feemster, known for his work with musical icons such as Michael Jackson, Mary J. Blige and Ne-Yo.

His second album, The Flight, continues to win over a multitude of fans, with chart-topping singles like “Thinking About

You” and “Days Go By”. The most notable track off the album is “Untouchable”, which was produced by two-time Grammy award winner, Ron Feemster, known for his work with musical icons such as Michael Jackson, Mary J. Blige and Ne-Yo.

Chad Saaiman has just dropped his 3 musical offering, Cinema. Released via ShowLove in November 2014, the highly anticipated album is Chad Saaiman’s rst release since the tragic botched highjacking that took place in Johannesburg in June 2011, where he was brutally shot – and the possibility of never being able to sing and perform again was a harsh reality. He has not only recovered incredibly, but also risen above the entire situation as a victor – and has created some the best work of his career.

CINEMA, which reached #2 on the SA iTunes charts on the day of it’s release, features singles such as “Dragons”, “All On the Wall” and his latest release “Loving You Is Easy,” which is currently playlisted on several radio stations around South Africa. The album features Pretoria-based Rapper Chad Da Don as well as Cape Town songstress Candice Thornton. Saaiman has collaborated with a host of producers on the album, including GB Collective (Brian Themba, Kelly Khumalo, The Black Ties), Mr Mallum (Danny K, Auriol Hays), Ashley Valentine (Jimmy Nevis) and Mario Ogle – who have all come together and created the signature R&B/Pop sound that he is renowned for.

The R&B star has had a great 2014, with a strong corporate presence – performing shows all over SA, and has worked on successful campaigns with brands such as Telkom (Never Miss a Beat/ Summer Of Wow), Edgars, Jack Daniels and Castle Milk Stout Unplugged, to mention a few.

He has also played shows alongside artists such as Tevin Campbell (US), Phil Fearon (UK) and local acts such as MiCasa, Reason, Jimmy Nevis and Matthew Mole. He has previously graced the pages of leading magazine titles from True Love to Marie Claire, been named one of SA’s best dressed men by GQ, made it onto Destiny Man’s list of SA’s most remarkable men under 40.

On stage, Chad is super-smooth and oozes a charm only a true entertainer can pull off.

He powers into each song with such force, audiences can’t help but be knocked back. And there’s something about the way he sings, that demonstrates an emotional connection to his lyrics.

– Divos 2013 with the Black Ties, alongside Tevin Campbell

– 20 Years of Freedom Celebration alongside GB Collective and Nothende

Chad Saaiman unleashes “Loving You is Easy” on SABC’s Expresso:

Chad Saaiman unleashes “All On The Wall” on SABC’s Expresso:

Loving You Is Easy:

All On The Wall (Remix):

Loving You Is Easy:

All on the Wall:

CHECK OUT SOME OF CHAD’S PHOTOS BELOW:

Get clued up on Suits Express From The United States on M-Net
AUDIO+VIDEO: RunTown – THE LATEST
Advertisement