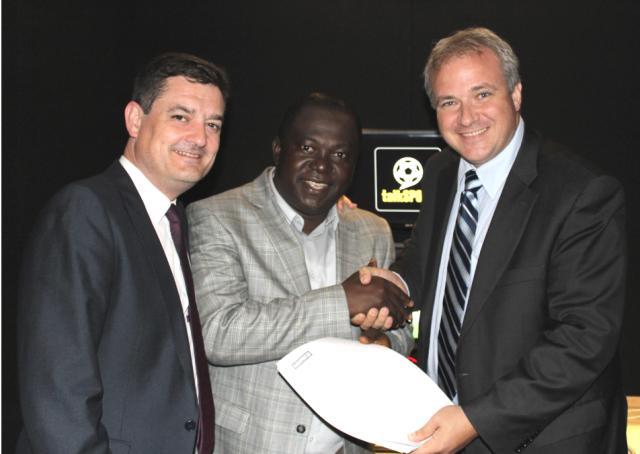 talkSPORT, the world’s biggest sports radio station as announced its first English language broadcast partner to carry its official Barclays Premier League coverage during the 2012/13 season which started on 18 August.

The deal will grant Brila FM, access to talkSPORT’s expert commentary, insight and links with the biggest names in Premier League football as well as its production expertise and experience of broadcasting live sporting events.

talkSPORT which launched its talkSPORT Live digital service at talkSPORT.com, where live commentary on all 380 Barclays Premier League games in multiple languages, including English, Spanish and Mandarin will be available outside of the European Economic Area . The station has agreed a deal with the Premier League for the exclusive package of international audio broadcasting rights for the next four football seasons (2012/13 – 2015/16).

Scott Taunton, Chief Executive, talkSPORT said: “I’m delighted to be working with these partners to bring our exclusive live coverage of the greatest league in the world to listeners around the globe. After one of the most exciting seasons in the history of the Premier League, we’ll be bringing all of the drama, goals and news live to fans throughout the upcoming season.”

Dr Larry Izamoje, Chairman/CEO, Brila FM said: “The English league has given many Nigerian players the platform for global recognition and we are extremely delighted to partner talkSPORT in bringing our listeners mankind’s most followed matches -the games of the Barclays Premier League now on radio.”